Freddie Mercury’s group is still incombustible. Last year, it also got a huge boost from Bohemian Rhapsody, the biopic of the year, which hit the box office and Golden Globes. It seems that, besides having the most listened to song in streaming, it is also reproduced in vinyl.

It’s the band of its genre with the most copies sold, it’s in top form. So much so that, in addition to music, they have just presented their first beer.

It’s been 50 years since the Woodstock festival, when Jimi Hendrix left all the audience speechless with an unforgettable performance. That’s why he’s the best guitarist who’s ever played music.

His best and best-selling album, Thriller, has sold more than 65 million copies worldwide, got 33 platinum albums and seven of his songs reached the top 10 charts. Michael Jackson is the King of Pop.

Fifty years ago, the frontiers of rock expanded beyond what has been known until now thanks to the recording debut of Led Zeppelin, one of the biggest bands in the genre.

This group left a few albums for posterity, also a good number of stories to tell, and tell 50 years of their existence.

In spite of being a relatively recent band if we compare it with the others, since it was founded in 2004, Panic! At the Disco have recently released their sixth album with much success around the world.

Although he’s not with us, we’re still discovering new ways to discover David Bowie and get closer to his music.

On November 30, 1979, the British band Pink Floyd presented The Wall. It was the group’s eleventh studio album, considered a reference in progressive rock. Almost 50 years later, it is still one of the best sellers.

The four from Liverpool are written in gold letters in the history of music and even in 2019 they are still the most important band. The Beatles‘ music will never go out of style and will continue to influence multiple generations of musicians. 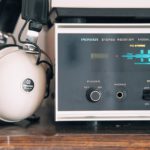 10 Colombian Musicians Everyone Needs to Know

In this second edition, we would like to introduce you the Colombian musicians that everyone needs to listen. 1. No Stories The ‘dirty’ garage sound of No Stories remind us to the Ramones, the Beach Boys and The Strokes. With 6 years of career in the music world, this band has two EPs: “Home” (2014)…

John Coltrane was one of the greatest musical geniuses of the 20th century and, like some musicians before him, he was able to recognize the relationship between mathematics and music, a relationship that allowed us to approach the understanding and experience of the divine. His masterpiece, A Love Supreme, is an ode to divinity… 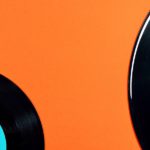 Vinyl continues to be the only physical format with a positive sales trajectory, though much of its success can be attributed to legacy releases. That’s the big takeaway from Nielsen’s music 2019 Year-End Report, which includes end-of-decade data on the top-selling vinyl records.   01. The Beatles – Abbey Road (246,000) 02. Billie Eilish – When We… 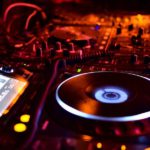 Faced with the Covid-19 pandemic and the successive measures of confinement and closings of public places in many countries, Laurent Garnier (French techno music producer) has shared a 7 hour mix to keep us dancing 😉 Check out the mix by Laurent Garnier:

Scroll back to top

error:
X
X
We use cookies to ensure that we give you the best experience on our website. If you continue to use this site we will assume that you are happy with it.OKPrivacy policy